How going hiking helped my leadership, my health and our company

A couple of months ago I hit a wall. I was working 18 hours a day, 7 days a week for the last … well basically since we founded Vervoe. That in itself wasn’t the issue. What was worse was the fact that I was thinking about work every second of every day. And night. I reached a point where I couldn’t see straight anymore, figuratively speaking.

I had a three-week trip to the US coming up. So, at the urging of my co-founder, I decided to add a much-needed vacation to the beginning of the trip and take some time off the grid. Deciding to disconnect from the business for the first time was a difficult decision and, deciding to spend such a long time away from my wife and two year old boy an even harder one. But it was necessary. For my mental health and, in hindsight, for the business too.

I was supposed to start the trip in Las Vegas to attend the HRTech conference. Hardly a relaxing environment. So I planned to arrive nine days earlier, hire a car and drive to Utah. 48 hours before my flight I still hadn’t booked the vacation part of the trip, I just knew I was going to Utah.

At Melbourne airport I created a new folder on my iPhone called “forbidden apps”. I put all my work apps in it: Slack, email, Salesforce, Intercom, Stripe, LinkedIn, and so on. More importantly, I turned off every notification on my phone. No more little red dots. The home screen of my phone looked peaceful for the first time.

I spent nine long and wonderful days hiking in Utah by myself. No technology, no work and hardly any people. The highlight of my peaceful escape was a partially moonlit hike in Arches National Park’s Devil’s Garden. I had the national park to myself for the entire morning. It was incredible.

When I made it back to Las Vegas I was a different person. I didn’t immediately reach for my phone. In fact, I was anxious to turn everything back on. So I didn’t. Instead, I spoke to the team to get the download. To my delight, we had the best week we’d ever had as a company.

When I mentioned that fact to a few friends they asked me whether I felt insecure, implying that the team performed strongly as a result of my absence. I remember feeling two emotions, neither of which were remotely close to a sense of insecurity. The first was relief. The suffocating, burdensome feeling that everything relied on me was gone. The guilt I had previously felt for doing anything other than work disappeared as well. I felt liberated.

The second emotion I felt was pride. First in our team. They stepped up big time, and so they should. There was an extent to which I was always in the way. As a founder, I started off as an individual contributor in the business. Today, with a global team of 25, my role should be very different. But I was still hanging onto a lot of operational tasks. Once I stepped away, people just picked them and never looked back.

I also felt proud of myself. When I was an officer in the military many years ago I used to judge my leadership by a single standard: how the team performed in my absence. What people do when a leader isn’t looking is telling. Are people focused on being noticed, or are they driven by a great sense of purpose? If they only want to impress or, even worse, they are driven by fear, then they will only do the minimum. But if they believe in the mission and feel empowered, then they will do their best. Even when they are not being observed.

I decided not to throw away the unexpected gifts of my vacation. So I made two permanent changes. First, I never turned my notifications back on. I now have control over my phone, rather than the other way around. I decide when to check each app. It might sound like a nuance, but it has made a big difference.

Second, I didn’t go back to “my old job”. All the responsibilities I handed over while I was away have remained with the people who picked them up. Instead, I have reinvented my role as CEO. I have two criteria for choosing what to work on. Will it have a material impact on the company? And, am I better skilled than anyone else in the company at that task? If the answer is yes to either question, I jump in. I suspect that over time I’ll drop the second criterion because we’ll have people who are more skilled than me in every domain. I look forward to that day.

The irony in all this is that the best example I could set for my team was to remove myself from the equation and take a break. 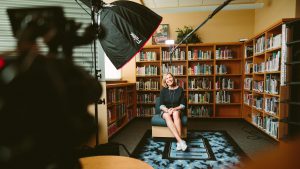 We did a real job audition: part two

Back in April, I wrote about a real job audition we did. Old school, no technology, no efficiency. We agreed 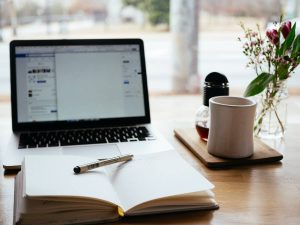 After finishing university I joined the graduate program of a major bank. I didn’t really know what I wanted to 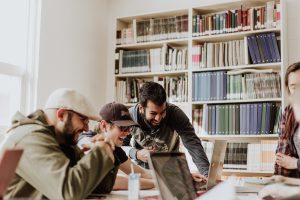 What do job auditions mean to us? Aside from our own experiences as hiring managers and job candidates, there were 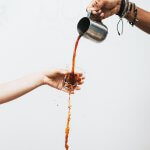 Next story: The (bias) problem with your AI matching tool