A recent history of video interviewing

If you look at version 8.0 of the talent acquisition ecosystem published by Talent Tech Labs you’ll see that video interviewing has its own bubble. That’s because there are many vendors whose sole offering is to provide one-way video interview software to help companies hire online. Most recruiters are now aware of the concept.

Video interviewing owes its existence to innovation in technology, not innovation in recruiting. Once streaming became reliable and affordable it made sense to start recording interactions online. This led to the concept of asynchronous interviewing.

But the selection method itself did not change because recruiters simply take the questions they would normally ask in person and use them online. The only difference – and it’s a big one, to be sure – is that candidates can record the answers in their own time and recruiters can review them later on. Technology has made it possible to interview people asynchronously and without being constrained by geography.

Recruiters are always looking for ways to save time, so this is a category that should have taken off. But it hasn’t. Instead, most dedicated providers of video interviewing services have struggled and the category – such as it is – has fractured. Very few independent vendors have survived.

That’s four standalone vendors that have been swallowed up in less than two years.

The commoditization of video interviewing

While all this consolidation was happening, SMB-focused applicant tracking systems like BreezyHR, and more recently Workable, have added video interviewing to their product offering. Additionally, enterprise-focused psychometric assessment vendors like Pymetrics and Harver have also added their own native video interviewing products. Indian vendor Aspiring Minds, who was acquired by SHL on December 3rd 2019, has had its own video interviewing solution for some time.

That brings us to the remaining standalone vendors. While several independent players remain, the two most prominent vendors seem to be Spark Hire in the SMB space and HireVue in the enterprise. Spark Hire, to its credit, has stuck to its guns and focused on low touch customers. Its strategy has been to acquire many customers at relatively small deal sizes with an unashamedly simple offering. No AI and no BS, just video interviewing. Josh Tolan has built a great business.

HireVue, on the other hand, has focused exclusively on the enterprise with a high touch, expensive product. HireVue has been plagued with controversy due to the company’s decision to use facial analysis methods. On November 6th 2019 the Electronic Privacy Information Center (EPIC) filed a complaint with the FTC that HireVue has committed unfair and deceptive practices. HireVue has obviously argued that EPIC’s complaint is without merit. Shortly before EPIC filed its complaint HireVue received a majority investment from private equity firm The Carlyle Group. For the record, at Vervoe we have taken a strong position against the use of facial analysis in the candidate selection process.

Video is only part of the product

So what should we make of all this? The above-mentioned companies haven’t gone bankrupt they’ve been consolidated. Furthermore, applicant tracking systems and psychometric assessment providers are adding video interviewing capabilities to their product suites. Good news for video interview, right?

The demand for one-way interviewing solutions is very real. But asking candidates to record their responses to interview questions using video is a feature, not a hiring solution in and of itself. What’s more, it’s now considered table stakes.

First, as mentioned above, most video interviewing involves taking the offline interview questions and replicates them online. But we already know that traditional, unstructured interviews are not very predictive of job performance. So video interviews largely make an already-flawed hiring process more efficient.

Second, most candidates don’t enjoy recording themselves over and over, least of all engineers. They’re not in Hollywood. It’s intimidating and tiring to record yourself over video and, frankly, it’s unnecessary because most questions can be answered using other formats.

Third, most video interviewing solutions require recruiters or hiring managers to manually review all the responses, an exhausting and time-consuming activity.

Video as a medium is valuable when used in moderation as part of a broader assessment, and when responses can be automatically graded. One great way to use video is to ask candidates to explain their work immediately after completing a job-related task online. Another is to ask them to talk about why they’re excited about the role they’ve applied for. It’s really helpful to see how someone communicates and let the passion come across. The problems start when candidates have to record more than one or two video responses. It gets tiring.

That’s why video is a feature in a broader solution, not the solution itself. It explains why existing assessment vendors are adding video interviewing capabilities and offering them for free or close to free. Modern talent acquisition teams are increasingly demanding candidate evaluation methods that predict performance, reduce employee turnover and save time. Incremental improvements to traditional hiring methods are not enough. Video will continue to play a big role in hiring and adoption will increase. But it won’t be through solutions dedicated to video interviewing. Rather, video will appear as a feature within broader, more predictive and more efficient candidate selection solutions.

Here’s the good news. If you are using video interviewing, you’ve already taken a giant step forward because you’ve moved online. From here, it only gets better and better. 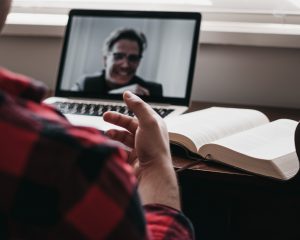 You Can Still Create a Great Remote Candidate Experience

Remote work is here to stay. So how do you craft a great remote candidate experience? In May, Facebook announced 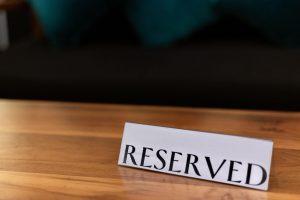 Can You Use Assessments for Passive Candidates?

You know how to recruit active candidates. There’s a clear-cut process to source, assess, and screen. But what about passive 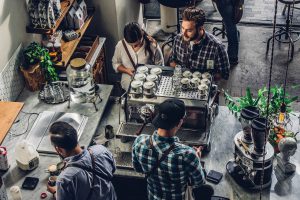 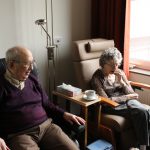 Next story: How Bluecross is using Vervoe to increase productivity 7x