So, you’re in a situation where you need to fill a position on your team.

You’ve made the business case, and the productivity of your department depends on hiring someone whose output will take the company to the next level.

The pressure is on to find the right person, in the shortest possible amount of time, who can be onboarded and get to work as quickly as possible. And soon enough, a candidate emerges who, to you, looks like the ideal worker.

They come from a good background, have relevant experience, and could work well for the role. But they just so happen to have a similar style, manner, and set of abilities to you.

You can imagine them slotting in seamlessly with the team, but it’s only because you unconsciously see them as a clone of yourself.

The impulse to hire people who remind you of yourself can be a type of discrimination known as affinity bias. Affinity bias in hiring can have a damaging effect on the productivity and happiness of a team. In this article, we’ll unpack what makes this bias so harmful, and detail ways to confront it in your workplace.

What is affinity bias?

Much like similarity bias, affinity bias is a type of unconscious bias describing our natural propensity to surround ourselves with people who make us feel most comfortable.

It is human nature for us to gravitate towards a person that reminds us of ourselves or someone we know, based on the assumption that we will better understand and relate to them when we have shared interests, beliefs, experiences, and backgrounds.

What is affinity bias in recruitment?

Recruiters and hiring managers might assume they are operating ethically and without bias, and yet affinity bias is prevalent and impactful in both the workplace and throughout the recruitment cycle.

For example, recruitment teams are more likely to favor applicants or employees with whom they have a natural affinity. Whereas, a candidate or employee who has little in common with their interviewer or manager may be treated more harshly.

What causes affinity bias during the hiring process?

According to Timothy Wilson, Professor of Psychology at the University of Virginia, human beings are typically exposed to around 11 billion bits of information at any given moment but we can only process 40 bits of that information at a time. As a result, we often fall back on mental shortcuts, which are typically rooted in assumptions and stereotypes, to enable us to make quick decisions.

Recruitment teams are pushed for time and resources. They don’t have the luxury of being able to connect with each applicant on a deeper level to assess their suitability for a role or the likelihood that they will assimilate well into the workplace.

When recruitment teams are working under intense time pressures or suffering from stress, affinity bias is most likely to impact their decisions. For example, someone may be selected or rejected for a role based on how much an interviewer warms to them in the first instance.

Where affinity bias shows up in the workplace

Affinity bias can impede our ability to make a fair and rational conclusion in almost any situation. As such, it impacts job candidates and existing employees alike.

Affinity bias during the hiring process

During the interview process, for example, implicit biases might attract hiring managers to applicants of the same age, race, or social background. They might have more to talk about, mutual connections, or some shared experiences. As a result, confirmation bias might lead the interviewer to engage more enthusiastically, exhibit greater empathy, ask more lenient questions, or overlook red flags.

On the flip side, when an interviewer doesn’t immediately connect with someone due to their perceived differences, the exchange becomes stilted and less amicable. The awkwardness and formality that often come when two people don’t “click” could lead a hiring manager or recruiter to judge a candidate more harshly, harnessing negative feelings, and losing sight of more important factors such as their capabilities and work experience.

Affinity bias in the workplace

The same pattern of behavior occurs in the workplace. Managers are more likely to establish meaningful workplace relationships with team members they relate to. These employees may receive additional perks, whether it’s training and development opportunities, promotions, or pay rises. A manager might invest additional time mentoring the people they like because they perceive them as high-potential workers, which puts less favored employees at a further disadvantage.

Hiring for “cultural fit” sees organizations defining a set of core values and characteristics to help guide their recruitment decisions. According to Rober Walters, more than 95% of employers believe that cultural fit is an important consideration when deciding whether or not to promote an employee. But it’s not hard to imagine how this practice might further exacerbate the impact of affinity bias.

Think about what it means to encourage recruitment decisions based on the perception that certain applicants will better adapt and assimilate to your workplace culture. It essentially invites decision-makers to hire the people most similar to themselves, no matter how prescriptive you are when it comes to defining what cultural alignment looks like for your organization.

Consequences of unconscious bias in hiring

If hiring managers and recruiters have free rein to hire the people they feel the most comfortable being around,  workplace diversity takes a major hit. When employees all think, look, and act the same, creativity and innovation are stifled, making it harder for organizations to remain competitive, make decisions, and navigate challenges.

Affinity bias means some applicants could face discrimination based on factors such as age, gender, sexuality, race, and ethnicity during the hiring process and miss out on opportunities in the workplace. As a result, diverse candidates may feel undervalued and neglected, which can foster an unhappy and resentful workplace culture.

When affinity bias is allowed to influence recruitment decisions, there’s a high chance your organization will make some bad hires. Unsuitable or under-qualified recruits will impede workplace productivity and increase turnover rates, driving up your operational costs.

How to avoid unconscious bias

Because affinity bias compels interviewers to favor people that remind them of themselves, a lack of diversity on interview panels perpetuates the cycle of recruiting people who all look and think the same. Prioritizing diversity, on the other hand, will drive different perspectives and create a fairer and more inclusive environment for diverse candidates.

Organizations are increasingly aware that ranking applicants based on culture fit undermine diversity and inclusion initiatives and drives a groupthink workplace culture.

Instead, hiring organizations should focus on hiring for “culture add”. This encourages organizations to consider how candidates with defining characteristics and unique differences can add value.

It’s important to educate your workforce about the value of diversity and the different ways unconscious bias shows up in the workplace and its long-term effects. Informative training sessions that raise awareness and give attendees the opportunity to learn about their biased opinions without judgment will ultimately encourage recruiters and hiring managers to check themselves before making ill-informed recruitment decisions.

Tools including skills assessments or situational judgment tests can be used to enable hiring organizations to make the best possible decisions free from unconscious bias.

Most tools can be tailored to an organization’s individual needs and priorities, assessing candidates on both hard and soft skills or how they would navigate a standard day in a particular role. Many corporations are leveraging skills assessments to gather objective information about each job candidate. This drives a streamlined and effective process when it comes to shortlisting and hiring professionally skilled people.

At Vervoe, our tool quickly ranks candidates based on how well they perform under the same conditions, eliminating affinity bias and driving a reliable, fair, and objective recruitment process.

Despite coping with the effects of inflated self perception, affinity bias can lead hiring managers to make many a bad hiring decision. Dismissing a candidate based on their personality, style, and lack of similarity to you is simply inappropriate, and can lead to teams that fall woefully short on diversity, and being aware of what customers outside of their demographic really want.

The attributes required to become a part of the hiring discussion should be skills-based — can they do the job? Most other considerations risk falling into the different types of unconscious bias. So, the next time you sense yourself hiring based on something other than skills, take a moment to make sure you’re not unconsciously trying to hire yourself. 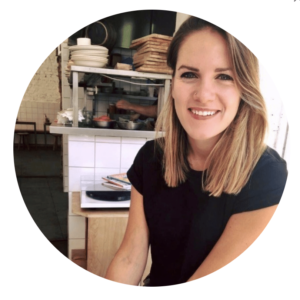 Equally at home with content creation and curation, Laura has several years of experience in writing, editing, and publishing a variety of content. Her top interests include recruitment, HR, and diversity and inclusion. Laura is currently based in London, UK.

Why Cybersecurity Recruitment Needs To Change

The Difference Between Good AI vs Bad AI In Recruiting

The Complete Guide to Job Simulations

Why Cybersecurity Recruitment Needs To Change

With an ever evolving digital landscape, cybersecurity recruitment has undergone some radical changes in recent years — but is it

Interviews are one of candidates’ most crucial interactions with your company. But the pressure is on more than candidates to

While psychometric testing companies do their best to convince recruiters that cognitive assessments are a must, are job simulations the

Copyright © 2023 All Rights Reserved by Vervoe

This website uses cookies to ensure you get the best experience on our website.
Do not sell my personal information
Read MoreCookie Settings
Reject AllAccept
Manage consent

This website uses cookies to improve your experience while you navigate through the website. Out of these, the cookies that are categorized as necessary are stored on your browser as they are essential for the working of basic functionalities of the website. We also use third-party cookies that help us analyze and understand how you use this website. These cookies will be stored in your browser only with your consent. You also have the option to opt-out of these cookies. But opting out of some of these cookies may affect your browsing experience.
Necessary Always Enabled
Necessary cookies are absolutely essential for the website to function properly. These cookies ensure basic functionalities and security features of the website, anonymously.
Functional
Functional cookies help to perform certain functionalities like sharing the content of the website on social media platforms, collect feedbacks, and other third-party features.
Performance
Performance cookies are used to understand and analyze the key performance indexes of the website which helps in delivering a better user experience for the visitors.
Analytics
Analytical cookies are used to understand how visitors interact with the website. These cookies help provide information on metrics the number of visitors, bounce rate, traffic source, etc.
Advertisement
Advertisement cookies are used to provide visitors with relevant ads and marketing campaigns. These cookies track visitors across websites and collect information to provide customized ads.
Others
Other uncategorized cookies are those that are being analyzed and have not been classified into a category as yet.
Save & Accept
Powered by