To most managers, automated hiring sounds like a ridiculous idea – at least at first glance. How can an automated process truly assess something as complex and difficult as the right person to hire on your team?

Dive a little more deeply into the practice, though, and you might just find that the right hiring software can revolutionize the way you do business, as well as the way you think about hiring.

Automated interviews not only save time and simplify the hiring process, they also produce better hiring results. So why wouldn’t you sign up for something that costs less, frees time, and yields a better outcome? Don’t let tradition stand in the way of a better business model for recruiting.

No one wants to admit they’re bad at something. Interviewing is hard, but almost no one will admit they are bad at it — even though bad, awkward interviews are common. Research shows that most interviewers allow biases, not facts, to lead the discussion. You’re probably unconsciously making one or more of these common errors:

No One Likes Interviews

Let’s face it: everyone hates interviews. Hiring managers have to track down candidates, work with their schedule, deal with no-shows and scheduling snafus, and judge people according to ever-shifting criteria. They also have to be held accountable for the tough decisions interviews force them to make. It’s stressful. Moreover, given how ineffective interviews are, the stress is often pointless.

What about candidates? Many candidates also hate interviewing. They have to take time off of work, buy new clothes, fight traffic and inclement weather to get there on time, and make sure they share only the parts of their personality the interviewer will like. It’s an undertaking that feels decidedly phony, not to mention more than a little dehumanizing.

Sprinkle in the additional stress of calling candidates, scheduling interviews, juggling schedules and callbacks, planning for the interview, and all of the lost time this all requires, and it becomes clear that in-person interviews only make life worse. We only continue to do them because they’re tradition. And tradition is a bad justification for something so exhausting and time-consuming.

We can hear what you might be thinking: doesn’t ditching the in-person interview make it less likely that we’ll find a qualified candidate? Shouldn’t good candidates be able to show up and make a good impression?

The most qualified applicants have dozens of employers competing over them. They may already have a full-time job or consulting work. So asking them to show up for an interview is a big ask, since doing so will take up several hours of time when you factor in getting ready, fighting traffic, and the interview itself. By demanding interviews in person, you are narrowing down your applicant pool to only those who have the time and inclination to attend these interviews.

It’s also easy to forget that interviews cost your business money, especially since there’s no upfront charge. But time is money. Consider how much you’re paid per hour. Then tally up how many hours the entire interviewing process, from scheduling to hiring, takes. That’s how much each interview costs your business. Your time is better spent on endeavors that make money—not on interviewing people who can easily be interviewed via a cheaper and more effective process.

Automated interviews improve on a number of problems you encounter with traditional interviews. Rather than wasting time doing phone screens and in-person interviews, automated hiring software makes it easy to schedule and conduct effective interviews instantly. Automated interviews can take as little as 4 days from start to finish, and can be done from anywhere in the world.

One of the best things about automated interviews is they make it possible to ask each interviewee the exact same questions in the exact same way. This prevents personal bias from entering the equation during the hiring process. It also ensures you have the exact same data on each applicant. That makes it easy to compare them side by side, and choose the person who’s truly the most qualified — not just the one with the strongest handshake or who made the best first impression.

Never mind the quest to find the best candidate this time. What about the long-term well-being of your business? You need to track the results your interviews get in a consistent, data-based way. Automation allows you to correct problems before they become disasters, and to assess trends in your hiring practices over time. With that comes the ability to:

The traditional hiring process may be the way it’s always been done, but that doesn’t mean it’s the best way to do it. Automated interviews address the challenges that exist on both sides of the interview desk. No longer do you have to give up precious time to plan each interview and show up in person — and neither do your job applicants. No longer do you have to worry about bias in hiring, or hiring unqualified applicants who are just good at interviewing.

With automated interviews, you can conduct consistent, fast, and well-organized interviews for each candidate. By changing your hiring process, you’ll start to add valuable members to your team, and give your business a leg up. 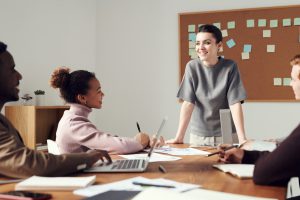 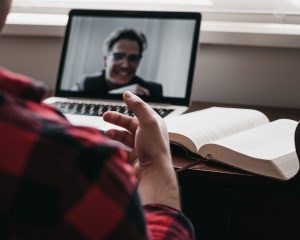 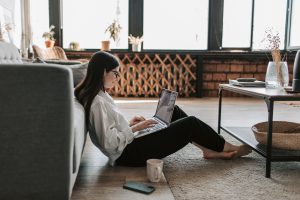 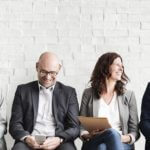 Next story: Hire for Skills, Not for a Resume