Resilience in the Workplace: Why You Should Hire People with Grit

If your work environment is complex and challenging then you should hire people with grit.

In an article titled The Trait That Ups Your Chances of Getting Hired, Promoted, and Ahead, Minda Zetlin equates one quality – grit – with higher chances of succeeding in business, being hired and being promoted.

Zetlin’s argument is based on research by Paul G. Stoltz, who defines grit as growth, resilience, instinct, and tenacity. Put simply, grit is mental toughness. It’s the ability to work our way through a tricky situation.

The article lists four useful ways that we can utilize grit when the situation calls for it. The good news is that, as a hiring manager, you can identify which candidates have grit or are more likely to develop grit-like attributes.

Here is how you can assess candidates to identify the four components that make up grit, and separate the “gritty” ones from the rest.

Whether it’s a retail store, a bank, a software company, a consultancy or an airline, everyone has customers. Even an employee in a back-office role has customers, albeit internal ones. Sometimes those customers are unhappy. Sometimes they are unreasonable. But as we know, the customer is always right.

So put your candidates in a high-intensity, customer-facing situation, where they are forced to make a difficult decision. Make sure there is a time limit because in the real world customers want answers fast. Good candidates will respond to customer demands with composure and make the customer feel valued. This requires instinct.

Failure is commonly discussed, and even celebrated, in the startup community.

But failure is not confined to entrepreneurs. Large companies experience failure all the time, whether they acknowledge it or not. The consequences are different because they don’t necessarily go out of business.

In a startup, the important thing is to fail fast, learn and move on. This requires resilience.

Ask candidates for an example of failure in their careers.  Leave the question open enough for them to tell the story in their own way.  The important thing to look for is what they did next and what their attitude was.

Tenacity: Outside the Comfort Zone

Although cold calling is normally associated with sales, we have all made cold calls in our life and experienced the anxiety that comes with making them. Ever asked someone on a date? Ever called a prospective employer to express interest in a job? Ever introduced yourself to a stranger at a function

These are all synonymous with cold calling. You put yourself out there and there is a chance you will experience the awful feeling of rejection. But we do it anyway. This requires tenacity.

Take your candidates outside their comfort zone. The key is to create an obstacle that causes fear and see if they can overcome it. One way to do this is to to tell every candidate that they are not the most qualified candidate for the role and will therefore need to undergo further assessment. Those that drop out don’t want it badly enough.

Another option is to tell candidates that the final stage of the process is for them to call a senior executive in the company and convince her why they are the best candidate in 60 seconds.

The final component of mental toughness can be assessed by asking candidates to deal with an issue someone one or two levels above their role might typically face. This would happen if they were temporarily acting in a more senior role. Will they sink or swim? This requires capacity for growth.

After establishing competence in the core requirements of the role you can then take it up a notch and ask candidates to exercise judgment on an issue they would normally take for granted. It could be a staffing dilemma, dealing with suppliers, resolving a customer complaint or presenting to senior management. They don’t have to excel, they just have to be up for the challenge.

Interestingly, Goldman Sachs changed its approach to graduate hiring and is now placing an emphasis on an aspiration to have a prolonged career in banking. The firm is changing its hiring process to incorporate technology and personality tests in order to identify grit, among other attributes. This demonstrates the value of interpersonal traits like grit but it also highlights the fact that identifying them requires a slightly nuanced approach to hiring.

If Your Work Environment is Demanding, Hire People with Grit

You’ll obviously have to tailor your Interview questions to the seniority and nature of the role. But if you incorporate an assessment for mental toughness into your hiring process you will learn a lot about your future employees’ character.

If your work environment is complex and challenging then grit is important. Identify the one or two grit components you value the most for the role you are filling and focus on those. Portraying this environment accurately is an important part of the candidate experience. 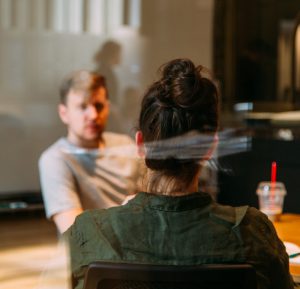 One of the newest trends in hiring has a very old-school feel about it: Job auditions. It sometimes happens in 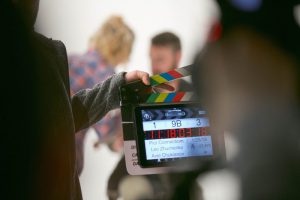 Online interviews were the first step, job auditions are next

The world has undeniably embraced remote working and, consequently, online interviewing. The tech sector led and main street followed, in 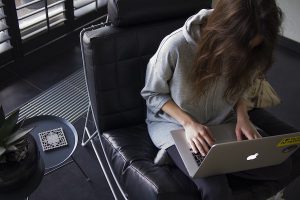 How to hire remote workers

Many of us are still making the commute into the office on a daily basis. Many employers expect this of 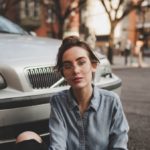 Next story: Three Things You Can Learn from Candidate Photos