Hiring mistakes we’ve made at Vervoe

Nearly a year ago I wrote an article about how we hire at Vervoe. Now I want to share some of the hiring mistakes we’ve made and lessons we’ve learned, some of them painful. I want to be as transparent as possible without compromising anyone, so I’m not going to share details about the exact roles or timelines. But the stories are real.

No matter how robust the process, no matter how scientific, there are very few defences against the uber-charismatic candidate who seduces us with charm. When we make a strong personal connection with someone in a face-to-face discussion something happens and we can trick ourselves into thinking that this person is “perfect for us”.

This is one of the many, many reasons that traditional job interviews are flawed.

To be clear, our whole hiring process is built around character, values alignment and skill testing. But sometimes we have to flip things around and meet people informally. A classic example of this is when we’re trying to attract passive candidates. Sought-after candidates often need to be courted before agreeing to undergo online assessments.

There is no issue with using Talent Trials at the bottom of the funnel so long as we maintain the integrity of the process and treat everyone equally. The problems start if we are already infatuated with one candidate and really want her to succeed. We are then essentially cheering for her. At that point we have betrayed ourselves with our own bias.

We already know that interviews are more about how much we like someone than how well they perform. And yet, some people are really hard not to like. When we want to fill a role quickly we can convince ourselves that this likeable person is the perfect match. As a result, we can overlook flaws that, in hindsight, should have been pretty easy to spot. Or perhaps we spotted them but thought they would be outweighed by all the other qualities. That’s the power of charisma.

So what’s the answer? Should we remove completely all emotion from the process? Should we be heartless cyborgs? Of course not. But… we shouldn’t let likeability play a prominent role in our hiring decision. We should be disciplined and compare candidates using the criteria we established. If a charismatic candidate comes along, we should see that as a red flag and ensure it’s not used an excuse to overlook things or give them a pass.

I’m on the record in support of remote working. It has huge advantages for tapping into a global talent pool, building a diverse team and generating costs savings. The word “remote” can mean a lot of different things. It can mean working from home in the same city as a company’s head office, or it can mean working from anywhere in the world.

For Vervoe, remote doesn’t necessarily mean working from home, although our team members are free to work from home whenever they like. Most of our team members work in an office, but they are spread all over the world. We’re in Australia, the US and Europe. To some, the geographical and time zone barriers seem challenging, insurmountable even. But not to us. We were global from day one, and we have very good reasons for being in each time zone.

But we discovered a different problem, one that we haven’t yet been able to overcome. When people are co-located, even if they’re only in groups of two or three, they are more productive and they develop more quickly. Let me put it a different way. When people are completely isolated by both physical proximity and time difference, and especially physical proximity, it is harder to invest in them.

Everyone needs development. Everyone needs mentoring. We learned that it’s harder, and most definitely slower, to develop and mentor staff if they are by themselves. This created headaches for us because prior to this realization we were almost agnostic about location.

We set out to address this problem by consolidating our team into a few key hubs and hiring into those locations rather than “anywhere”. We also try to bring people together as often as we can, and we don’t see that as a luxury. Rather, it’s just part of our operating model. A critical time to do that is induction. On a number of occasions we travelled and spent time with new hires, sometimes co-locating people for many weeks. Every single time it paid off.

In large corporations, individuals progress faster than the company. Big companies are slow to change, but they can be quite effective at offering opportunities for learning a development and career advancement. Conversely, startups always progress faster than their employees. They grow exponentially and the year-on-year changes can be breathtaking. Even founders sometimes find it difficult to keep up with the rapid pace of change.

This presents an interesting challenge for hiring. On the one hand, every stage of a company’s evolution requires different skills. It’s also hard to predict the pace of growth and the requirements at each stage. On the other hand, continuity is important and there are huge benefits in having, at least some, people who are there for the entire journey.

I like to think of these people as endurance athletes. They can handle the pain at different stages of the race. Endurance athletes can face self-doubt, adversity and unbelievable uncertainty. They are also rare.

While it doesn’t make sense to hire someone with an enterprise mentality into an early stage venture, it is absolutely important to see at least one or two steps forward. A healthy yardstick is probably to consider each new hire in the context of what the company would look like at triple its current size. If we’re going to outgrow the new hire at 3x growth, they’re probably the wrong person because they might only last 12 months.

There are no silver bullets. We’re a hiring software company, so we’re probably better than average. But we keep learning, and sometimes the only way to learn is to make mistakes. We’ve made plenty of hiring mistakes. The idea is to try to only make them once and understand why. Turns out hiring isn’t easy.

How to survive as a startup CEO

The last time I endured such a powerful apprenticeship, with such a steep learning curve, was when I served in 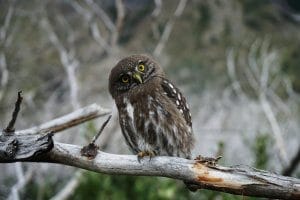 There are many articles about the best interview questions. They might be helpful if you’re using an interview to determine 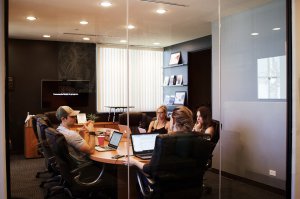 How to design an interview process that predicts performance

First, let’s get one thing out of the way. Traditional interviews don’t actually predict performance. Rather, the best way to 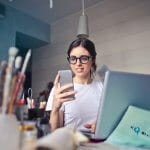 Next story: 6 ways to drive one way video interview success